No, this duck craft will not float in your bathtub like a rubber ducky would. But you can set him on your desk to keep you company. 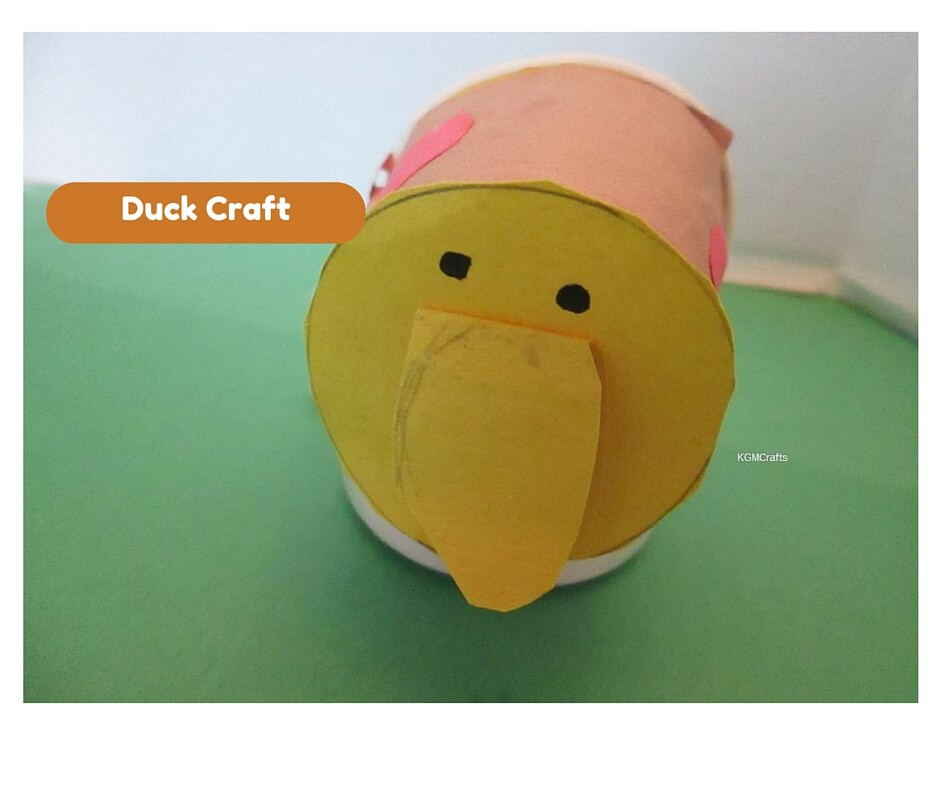 The birds have comb-like teeth on their beak called a pecten. It helps them trap food in their mouth. They like to eat different kinds of grass, plants in the water, fish, bugs, slugs, and other types of things.

The word duck comes from an Old English word that means to dive. Many of the species dive to get their food. 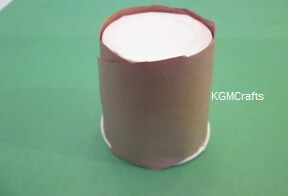 Cover the cup with two pieces of brown paper, each 2 by 3 1/2 inches, using white glue. We use brown paper, but the birds can be white, or black. The mallard has a green head with a brown chest and gray body.

(Do you like Daffy Duck? There is a science fiction movie called Duck Dodgers in the 24 1/2 Century. It is a funny cartoon about who wins the rights to own Planet X.) 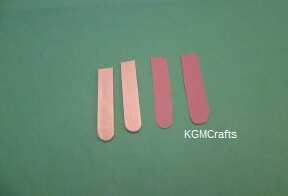 Cut two Popsicle sticks two inches long. Cut a strip of brown construction paper to cover the sticks. With tacky glue, glue the Popsicle sticks to the cup. Make sure that both sticks are close enough together that the cup does not move around too much.

(Did you know that Donald Duck was often jealous of Mickey Mouse?) 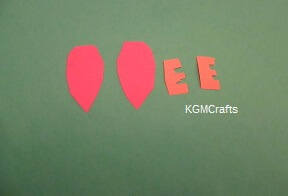 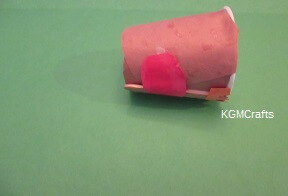 Glue the wings and feet to the sides of the cup. 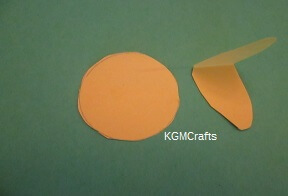 With yellow paper cut a head and beak. I used a spice lid that was about 1 1/2 inches across to cut a circle for the head. Then I folded a piece of paper in half and cut an oval about 1 1/4 inches. Glue on the circle for the beak. 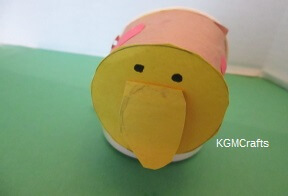 Draw eyes on with a marker. Make a circle with tape and tape the head to the bottom of the cup.

“Quack, quack, quack.”  People associate quacking with ducks. They can also make other sound like; whistles, cooing, yodels, and grunts.

Ducks can be very funny creatures. You can find them in cartoons such as Donald Duck and Daffy Duck. People also use them as mascots in sports. This duck craft for kids will make you laugh out loud when you are making him. 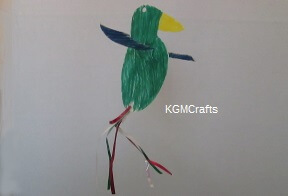 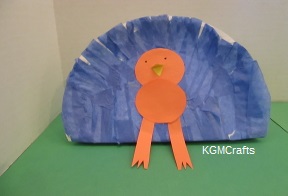 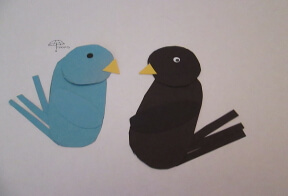 use shapes to make a bird