This egg carton dinosaur is a stegosaurus. Stegosaurus means “roof lizard”. It was called that because it has bony plates that extend from the head to the middle of the tail. The plates are thought to stand on end and not lay flat.

Scientists think that the Stegosaurus had two roles of plates that alternated. According to Wikipedia, they had between 17 and 22 plates. They also had four spikes on its tail. It is believed that the stegosaurus ate plants.

Colorado declared the Stegosaurus as the state dinosaur in 1982.

To make this craft you will need;

How to Make Your Egg Carton Dinosaur 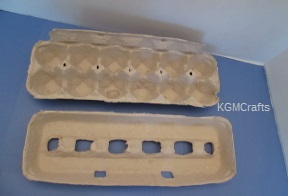 Cut the top off your egg carton and the extra flap. 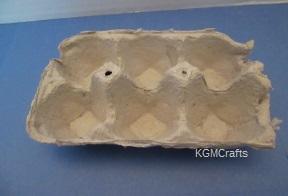 Then cut the bottom in half. You will want two cells by three cells.

(Stegosaurus has short front legs compared to its back legs. Because of this scientists believe that they did not walk very fast). 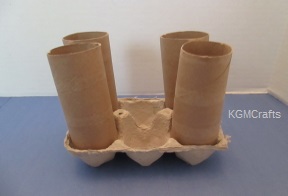 To make the legs, place the toilet rolls in four of the indentations. Tape to secure, but don’t tape where you will be painting.

(They say that these dinosaurs weighed up to 5,000 kg. Good thing your dinosaur doesn’t weigh that much, otherwise you wouldn’t be able to carry it!)

For the tail, cut a piece of paper towel roll 6 and 3/4 inches. Cut a row of three egg indentations. Secure the egg carton to the empty towel roll with pipe cleaners. Make a hole in the end of the towel roll and the end of the egg box. A hole punch works good for making the holes. Use a pipe cleaner to attach the tail to the dinosaur. 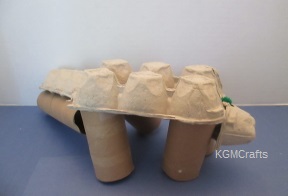 For the head, use one cell of the egg carton. Make a hole in the head and body of the dinosaur. Attach with a pipe cleaner.

Paint your egg carton dinosaur. (Why do we always make dinosaurs green?) Let dry. Then glue on eyes. Make a nose and mouth with a marker.

Dinosaurs are quite interesting. Because they are extinct, we don’t know much about them. We don’t know the color of their skin. We don’t know what the spikes on the tail were used for. Was it for defense or something else? There are a lot of questions that probably will never get answered.

Have fun with your egg carton dinosaur. 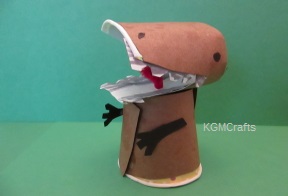 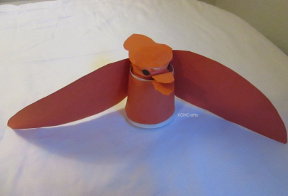