Make a Christian jack-o-lantern craft during your fall celebration. Many churches have harvest festivals and the crafts would be a good addition to the craft table. The following crafts are quick and easy. You could even pre-cut the jack-o-lanterns so that all the children needs to do is glue them together. 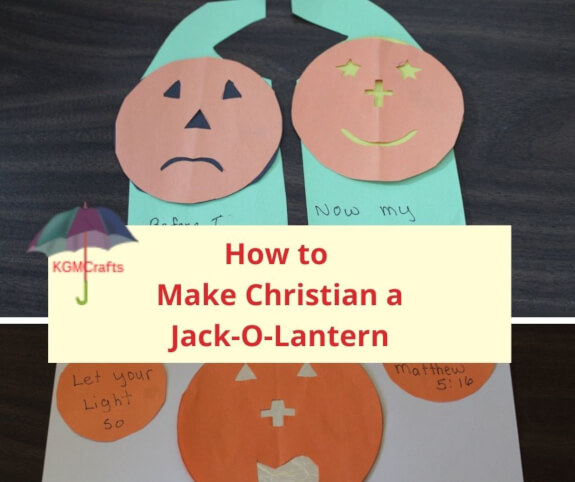 Want to make the Christian Jack-O-Lantern crafts another day? Pin for later. 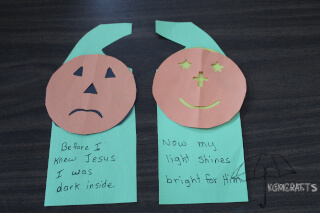 The Christian Jack O Lantern craft will help children remember that before Jesus, their life was dark. But now Jesus can help them shine bright. 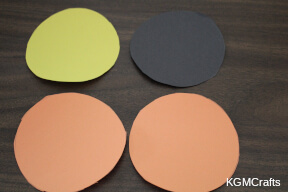 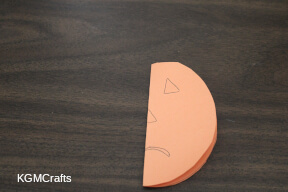 Take one of the orange circles and fold it in half. Draw half of a triangle in the center. Draw a downward curved line for the mouth. Unfold and draw two triangles for the eyes.

Cut on your lines. 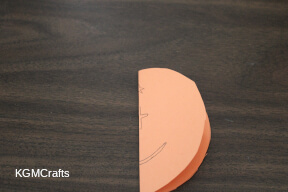 On the other orange circle, draw a cross for the nose, stars for the eyes, and an upward curved line for the mouth. Cut on your lines. See below for how to draw the stars.

If you don't want to draw small stars, you can use a star hole punch. Different shaped hole punches are available in the card making section of department and craft stores. 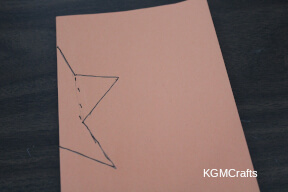 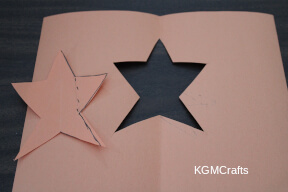 Cut on your lines.

The picture shows how the star will look. You will want to draw smaller stars on the smiling pumpkin. 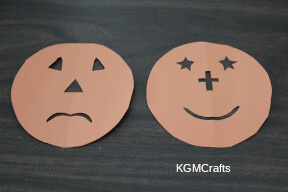 The Christian Jack-o-lantern will look like this after you cut on the lines. 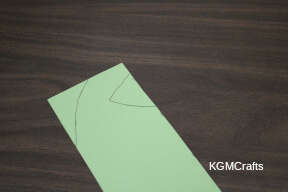 Cut a 9 by 3 1/2 inch rectangle from green paper. Measure about 3/4 inches from the corner down and cut a triangular shape. Also, cut a curved line on the other side. It should be about three inches from the top.

You should have something that looks like the stem of a pumpkin. 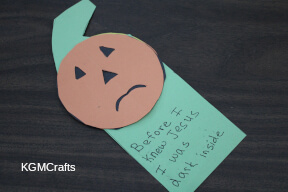 Glue the pumpkin with the frowning face to the black circle.

Glue it to the top of the green rectangle, just below the stem.

Write, “Before I knew Jesus, I was dark inside.” 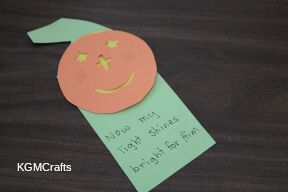 Glue the smiling pumpkin to the yellow circle.

On the other side below the yellow, jack-o-lantern, write, “Now I can shine bright for Him.”

Use this Christian Jack-O-Lantern craft to help you remember the first part of Matthew 5:16. 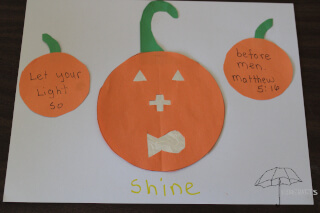 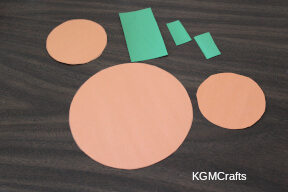 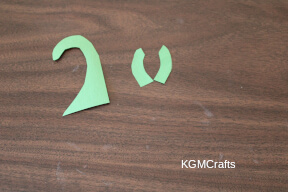 Cut the larger green rectangle into a cane shape with a triangular base. Curve the two smaller rectangles to make the smaller stems. 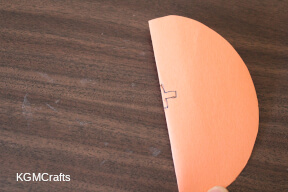 Fold the big circle in half. Draw half of a cross by drawing the top, one arm, and the bottom. Cut on your lines. 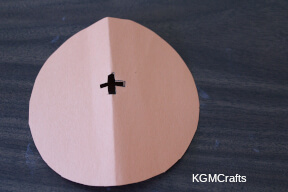 Cut on your lines. You should see a small cross shape. 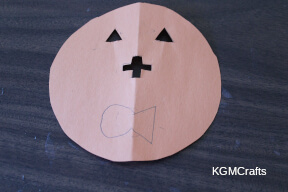 Above the cross, draw two triangles for eyes. Cut the triangles out.

Below the cross, draw a fish shape (oval with a triangle for the tail). Cut on your lines to make the mouth. 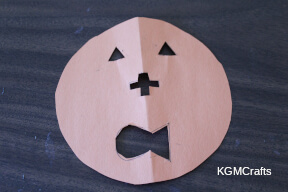 Cut on your lines to make the mouth. 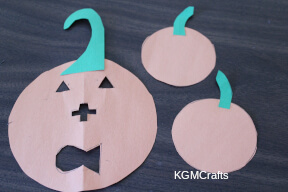 Glue the larger green stem to the top of the jack-o-lantern. Also, glue the two smaller stems to the smaller circles. 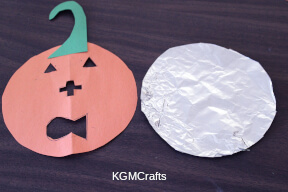 Cut a 5-inch circle from foil. The same size as the large pumpkin. 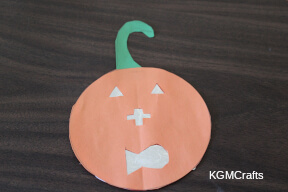 Glue the foil to the back of the jack-o-lantern. 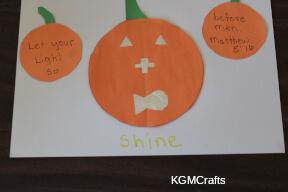 Glue the jack-o-lantern to the center of the background. Then glue the smaller pumpkins to each side.
With a black pen, write, “Let your light so”, on the left pumpkin. On the right pumpkin write, “before men, Matthew 5:16”. Below the jack-o-lantern, write, “Shine”, with a yellow marker.

Kids can use the Christian Jack O Lantern craft to tell the salvation story. The crafts can also remind them to shine bright for Jesus. 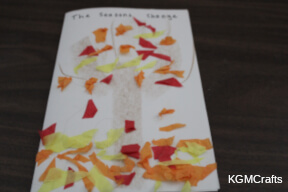 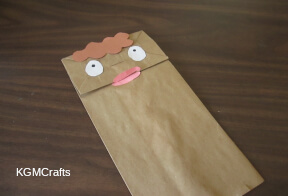 craft for taming the tongue 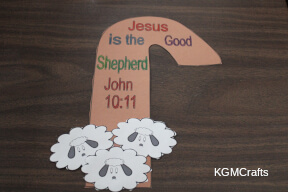